Recently, I revisited my novel, The Computer Nerd, to update its paperback version with the changes I had made for the e-books last month. Because print and electronic have two vastly different formats, simply porting one to the other is no straightforward task. Even with the foundation already set, I have to review how even the smallest change shifts everything around. At the end of the day, I find myself having to check and recheck the entire book to make sure nothing’s out of whack. Inevitably, something slips through, and now I completely understand the frustration that professional typesetters must feel when they piece a new book together. And though shelf space is cited as the number one reason why publishers don’t want to produce print books over 120,000 words (approximately 480 pages), I think the real reason is that their typesetters will up and quit if they have to deal with laying out anything over that mark. In short, it’s kind of a pain.

One of the worst parts about designing a paperback book is not so much setting the page size, or even determining which size best represents the book (something we can discuss in a future post), but the finicky hyphenation that one must consider if he wants to keep his lines from stretching too far across the page.

So, the best way to handle the reduction of such a visual seesaw is to hyphenate the text.

Well, the first step is to consider your source file. It’s my understanding that the best program to use for any kind of book layout, whether you’re a professional or an indie, is Adobe InDesign. It supposedly has an algorithm that really gets close to accurate on the first pass (I’ll never claim that any program will get anything perfect by itself), but at a price tag of $19.99 a month (yes, you can only subscribe to it; you can no longer outright buy it), I think the professionals and the financially talented are the only ones likely to use it.

And good for you if you’re one of the successful people who can afford such a program. For the rest of us, especially those who are producing indie books on a tight budget from a spare bedroom in our parents’ houses, or at Starbucks because it’s the only place we can afford the Internet, or the bus station because…you get the idea, we’re stuck with the average quality hyphenation feature that Microsoft Word offers.

Okay, yes, it’s mediocre. But it’s there. It’s functional. If you want to hyphenate your self-published novel—because the only reason you would need to worry about the hyphenation feature is if you’re self-publishing—you’re going to have to get comfortable using it. It isn’t particularly fun. But it works.

Now, before I continue, I should emphasize the title of this post. It’s not “Hyphenation 101.” It’s “The Art of Hyphenation.” Understand that art is subjective. You can decide your own formula when you’re ready to hyphenate your own paperback or hardcover. I find that this formula works best for me. And again, this assumes that you’re using Word. If you’re using InDesign, then I’m jealous, and I’m guessing you operate by different rules set by your secret society of privileged layout artists.

First of all, you should consider why Microsoft Word’s “automatic” hyphenation feature is gross and terrible and the perpetrator of your book’s greatest eyesore. It hyphenates based on space used versus space free within each line. It guesstimates where the word you’re using may naturally split, even if it doesn’t understand the word or the syllables you’re using to form it. Even though you can set parameters on how often within a set range it chooses to hyphenate, chances are it will hyphenate in the most ridiculous of places, making your book appear messy and broken.

When you choose “manual” hyphenation, you have a lot more control, and thus, you can come up with a better plan for how your book should look.

Notice, under manual hyphenation, Microsoft Word gives you the option to accept or reject its suggestion. You can also cancel the current session if you feel you need a break from the monotony. I like to cancel after every few changes to ensure that I’m happy with the layout so far. The thing to consider is that hitting “undo” on a hyphenation session will erase all changes you’ve made since your session began. By cancelling every few changes and checking your work, you reduce the number of words you’ll reset if you have to undo for any reason.

And because it’s really easy to make a bad hyphenation decision (it’s often difficult to see how this hyphenation works in conjunction with the surrounding text when your windows take up so much visible space), you’ll probably want your core draft and your hyphenated draft to be two separate files. That way, if you seriously mess something up along the way, you won’t cause any real damage.

Now, when should you accept the hyphenation? Again, this is up to each artist according to his need. But I find this system works well for me:

So, that’s a general overview on how I like to hyphenate my books, but this isn’t a hard and fast set of rules. Writing is a medium littered with exceptions, and the art of hyphenation is wide open to those exceptions. Sometimes the line stretches too long if you don’t break that proper noun or all caps word in half. Sometimes breaking the word on a three-letter syllable on a two-line paragraph looks better than not. Rules are nice to follow, but certain conditions may present challenges that require defiance. At the end of the day, you might just have to split focus between the fo and the cus in order to keep the following line from pushing Sweeeeeeet! down to a spot by itself and pulling its origin line across the floor like a tired rubber band. But if you can avoid it, you should. Or, if you’re struggling with the ethics of splitting a good word in half, look at how your favorite books handle it. Sometimes the best strategy is to emulate your mentors. It certainly makes the heart feel better.

How do you prefer to hyphenate yours? Sound off in the comments if you’d like.

If you want additional advice on putting together your own book, I’d recommend these articles:

The above article is Part 7 in Dave Bricker’s Book Design Basics series, and the other parts are just as helpful, so you should read them.

A helpful reminder on the elements you need to keep your book looking professional (including hyphenation).

A decent overview. Take notice of its “Shift + Enter” advice.

Note that some of these articles use professional terms like “rivers” and “ladders” to describe phenomena within the hyphenation universe, and if you want to use these terms, too, then check out these articles to find out what they mean. We call that educating ourselves. 🙂 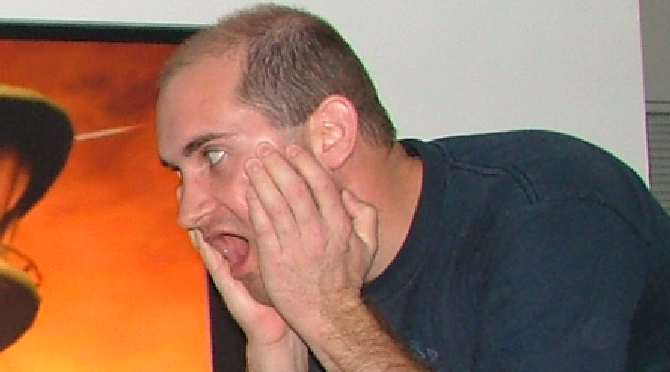 So, Smashwords tells me I have to have the final version of my e-book, The Computer Nerd, uploaded ten days before its publication date. That means I have to be done with it by Saturday. That means I’m in the eleventh hour and have to scramble to get it in perfect shape.* That means I cannot spare any time on anything else. I must get this done.

*There’s no such thing as perfect. I’m convinced of that now.

This has been my mindset for the last week. Crisis mode had officially begun last Friday. So, I thought it would be fun to show what my crisis week has looked like:

I work until 3:30. Then I spend the rest of my day setting up scheduled posts for the promotion of this book, including chapter reveals and announcements to release at timely moments (but not including this announcement). I’m too tired to actually edit anything once I’ve scheduled the final post.

A friend calls me while I’m still in bed (I sleep in on Saturdays, so it’s already late in the morning) to see if I want to go to the gym. I tell her sure. I arrive thirty minutes later, leave an hour after that, then go to the beach to get some pizza and Pepsi and basically undo everything I just did. Run into another friend I haven’t seen in three years, talk a little. Then I go walk off the pizza. Then I walk over to Starbucks. Then I go home with a splitting headache. Headache goes away by about 10 o’clock. I begin to edit. The season premier of SNL starts at 11:30. I watch it. I laugh a few times. Then I set up book pages for two novels due out in 2016. No more editing today.

I catch up on Screen Junkies’ Movie Fights (a funny program I watch on Youtube on Sundays). Then I set up a book page for a third novel due out in 2016. Then I play catchup on my DVR, devoting about three hours to it. Start editing about 9:00 or so. Get maybe a chapter or two edited. Give up for the night.

I work until 2pm. Then I come home for a nap. Actually make time for editing in the early evening. Get roughly to the halfway mark. Can’t remember any of the feedback that one of my coworkers had given me earlier. E-mail another potential reader about progress. He hasn’t had time to read anything. I tell him thanks anyway, maybe next time. Done editing for the night.

Work until 3pm. Come home. Take a nap. Catch up on news and unimportant things. Get some editing done. Manage to edit up to Chapter 14 (out of 23 chapters).

Just like I’m back in school, I use my day off to go into crunch time and knock out the rest of the book. Change a few light bulbs in between, play a casual computer game for a few minutes, and catch up on Facebook and other news, but other than that, I punch out the edits for everything I had left to do. Upload final draft (I hope it’s final) to Smashwords. Come here to post this blog. Keep telling myself I’m gonna go to the gym, but it’s already close to midnight. Maybe I should let it go for the night.

That’s tomorrow. I can’t predict the future. But I’m probably gonna photograph the cover for Sweat of the Nomad after work, if I can arrange the time with the person I had asked to be in it. Has nothing to do with this book.

And that’s what my crisis week has looked like. For the record, I had edited up to Chapter 8 as of last Friday. I’m not very good with my time management. But I’m done, so maybe I don’t have to be. Just like college all over again.