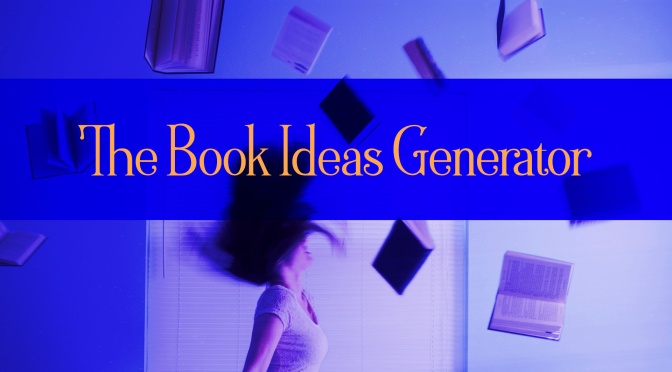 Hey Readers: Do you have a book idea that you wish some author person would write but won’t because it’s “not marketable” or some-such?

Hey Authors: Do you wonder why nobody wants to read your “trending” vampire werewolf romance epic that you started writing in 2008 but couldn’t complete until now because you still had that boy magician YA series to finish (which you managed to write two and a half books for)?

Hey Readers and Authors: Is it possible that maybe you both actually want the same thing after all: a spy thriller about a supervillain poisoning the penguins and Antarctica’s one active spy being the only person able to stand in his way?

Hey Editors: Did you even know that’s what readers want? Antarctic spy thrillers?*

If you all talked to each other more often, you might’ve figured that out by now.

Readers and authors no longer have to be strangers passing in the night. Thanks to a simple ideas board that I’ve wanted to create for a long time and finally got the chance to do this week, readers can actually post the types of books and ideas they want to read, and authors who are looking for their next great idea can scour the board for that gem that just “speaks to them” and get to writing. Alternatively, they can just take whatever’s hot (once upon a time, Hobbits were all the rage; I think astronauts were, too).

The way it works is that a reader will visit the ideas page and either add a new idea, or upvote an existing idea. If he or she is feeling ambitious, he can do both. Assuming the idea is sound (and not scandalous), I’ll tag it for the “Open Topics” card, which can be viewed from the site roadmap, and anyone who wants to view topics from within the card for ideas can check it out.

Once it’s on the list, authors will see the idea and decide whether to choose it for their next books. Authors who want to write about that topic will then send me an email (listed in the first updates announcement and on my official author site), and then I’ll write their names and websites in the comments tab for that idea and move it to the “Ideas in Production” card. From there, it’ll be up to the readers interested in that idea to follow that author’s progress.

And that’s all there is to it. I also have conditions for “Hot Topics,” “Authors’ Favorites,” and “Resultant Books,” which can lead to even more interesting results. But in the end, readers can tell authors what they want to read, and authors can give the readers what they want. Everyone wins! Except penguins.

If this sounds like your ideal discovery tool, then please check it out and let your reader and writer friends know about it. It’ll eventually find its permanent home on my author website, but for now you can access it directly from its native Productstash page.

And be sure to tell me what you think.

Oh, and I’ll eventually make one of these for gamers / developers and audiences / filmmakers. Stay tuned.

If you want more information, I’ve posted a YouTube video demonstrating how to add an idea. Check it out below.

* Antarctic spy thrillers aren’t actually trending, or even in demand. It’s just an example. But if it were in demand…