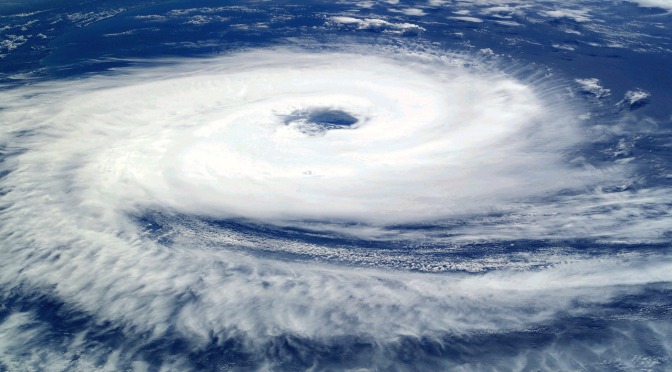 So, if today is Saturday, then Hurricane Irma is eminent, and by the time this article airs, it may be knocking at my door. Because I’m writing this ahead of time (on Wednesday evening), I don’t actually know what’s coming, or what’s happening as this goes live. But according to forecasts, the odds of tropical storm force winds coming across Florida within the next few hours is somewhere between very high and certain, and that’s assuming that it’s not already here.

Whatever happens, there’s one thing I can probably guarantee: Based on what it’s done to the Lesser Antilles, and based on what it will probably do to the East Coast, “Irma,” which has replaced 2011’s Hurricane Irene on the United Nations’ World Meteorological Organization’s naming list, will be a one-and-done (well, two-and-done if you count “Irma’s” last appearance in 1978). What does that mean? Simple, it means this:

Everyone who’s a big deal who comes to Florida comes here to retire. This includes old people, sports stars, and hurricanes.

When “Irma” gets to Florida, I’m sure she’s coming here to retire.

Unfortunately, that’s not a positive. My 2006 article, “What Blows Around, Comes Around” explains this retirement of hurricanes in detail.

The Politics of Weather

Every year that destructive hurricanes strike land, the United Nations’ World Meteorological Organization receives a petition for name retirement.  Nations will submit the names of hurricanes that caused extensive damage or loss of life in their lands to the WMO Regional Association, with the hope that those names will be taken out of circulation.  Of the eight names that I mentioned in the last segment, all of them were submitted and approved for retirement, along with one more in 2005, a storm named “Stan.”

Retirement is issued to a storm when it becomes a topic of sorrow for the people affected.  I tend to think of it more as a way to make the storm legendary.  For example, who could forget the three-day old storm that struck Mississippi in 1969 named “Camille”?  She started out as nothing, blew up into a monster overnight, and leveled the Mississippi coast two days later.  She was just another blip on the radar until she made her mark, and then, like a phantom mistress, she was gone in the night.  But she left her mark on American history.  One storm, one name—both never to return again.

What of our recent copycat, “Katrina”?  Like “Camille,” she blew up out of nothing and charged for the northern Gulf Coast, causing untold death and destruction.  Sure, her name had been used before in the last round, in 1999, and once before way back in 1981, but she didn’t do anything but rain on Central America as a 40mph tropical storm in ‘99, or do anything but pass over the Haiti/Dominican Republic border in ‘81.  Now that she’s left her mark in history, would it make sense for her name to be used again?  Why should the memory of New Orleans or her significance in history be bastardized with a weak return in 2011?

I tend to get fascinated over the history of particular named storms.  Some people think I’m crazy for thinking this way, but here’s my logic: as a fiction writer, all characters have an identity.  That identity begins with a name.  Just as each of us began life not as a musician or a construction worker, but as a name, so a character must start his journey as a hero or a villain with a name.  Likewise, a hurricane must start its journey of passivity or aggression with a name.  The heroes, those hurricanes that don’t hit anyone, always return six years later (if they’re low enough on the list).  The villains, however, the ones that haunt our thoughts, are the ones that go down in history.  It becomes a fascination, then, to see which names of the new season become heroes, and which ones become villains.

Those of us who grow up with the uncertain dread of what might happen between June and November of each year get this sick little joy from sharing our name with a hurricane.  Though, I have yet to have my name on the list in any basin around the world (there are eight basins, I believe), I still wonder what a hurricane with my name could do.  Will it be a passive storm, sputtering out in the middle of the ocean where the winds of sheer destroy it?  Or will it be a history maker, a force so bad that it convinces a city to implement new ordinances to protect it from future damage of similar nature?  Will it be a wimpy storm like “Alex” (“Andrew’s” replacement), who tries every six years to make its mark, only to fail by circumstances of weak power and poor direction?  Or will it be a devastating storm like “Ivan” the terrible, who knocked a section of I-10 into a chasm; or “Wilma” the Flintstone, who ripped apart entire networks of telephone poles along Federal Highway between Boynton Beach and Lake Worth, singing the words: “yabba dabba doo,” which isn’t far off from the sound the howling wind makes, all the way to the beach on her first run?

Names are a big part of a hurricane’s existence, so it leaves me to wonder why it has to be up to the targeted nations to make the call about its future.  If it’s about death, destruction, insurance, or confusion (the last being a symptom of what might happen if the World Meteorological Organization were to rename a future storm “Camille” or “Andrew”), then why let the history makers return if the affected nations fail to submit a plea to retire it?

“Emily” had been making appearances every six years since she was first introduced in 1981.  Like “Frances,” she showed up over and over again, trying to make her mark on someone, but just couldn’t muster up the right ingredients.  In 2005, “Emily” finally performed the tasks necessary to be considered for retirement.  Just as “Frances” finally made her mark in 2004 (after nearly ten attempts since the ‘60s), “Emily” made her mark last season.  She was a Category 5 storm that, like “Wilma,” smacked into the Yucatan Peninsula as a Category 4 storm, stirred up trouble all over Mexico, and went out, finally, in a blaze of glory.  In a year full of hurricane insanity, she was a star.  But of the six hurricanes to wreck the Atlantic Basin, she was the only one slighted for retirement consideration.

“Gordon” was the name to replace “Gilbert,” when “Gilbert caused enough damage to come off the list in 1988.  “Gordon” made his first appearance in 1994 as a minimal hurricane, but one that dumped waves of rain on the mountains of Haiti; one that ultimately killed more than eleven hundred people.  This same storm later moved into South Florida as a tropical storm and tried to kill me when I was on my way to work, when I was getting tailgated by a florescent green car carrier on I-95, when I later hydroplaned off the exit ramp into Palm Beach Gardens and landed in a ditch at the bottom of the bend, where no one, not even the police officer who saw me struggling, offered to help me out.

Both of these storms were prime candidates for retirement in those years, but were overlooked for one reason: politics.

“Emily” was passed over in 2005, allegedly because her damage, though extensive, was minimal compared to what “Wilma” did to that same region three months later.  Even though Florida could’ve used the same excuse to slight “Frances” in favor of “Jeanne,” who hit the same exact area three weeks later, the state chose to bury them both into the history books once and for all, for they both sucked.  Mexico didn’t take that road, however.  The nation chose to favor the latter storm, as if only one could take the honor.

“Gordon” was passed over in 1994, simply because Haiti had bigger problems than hurricanes to deal with that year.  There was a political coup happening that took top priority with its government, which “Gordon,” as bad as it was, could not steal away.  So when it came time for the nations’ vote on their retirement nominees, “Gordon” was not to be seen.  Incidentally, no one in 1994 came off the list, as “Gordon” was the only bad boy of the bunch.  Now, in 2006, “Gordon” had since returned, but so far has yet to impress anyone with his fury.

This brings about my question: why wait for a nation to submit a name?  Shouldn’t there be an in-house panel at the World Meteorological Organization who can retire noteworthy hurricanes without national outcry?  Historically, notable storms have been submitted for retirement, but only by those nations that had nothing else going on that year.  In the case of these two storms, which by all rights and purposes should’ve made the list for their respective years, it would have benefited the Atlantic and the hurricanes’ victims had the WMO just taken the reigns away from the political institutions that were responsible for making the call.  Then, “Emily” could receive her justice, and “Gordon,” the storm that nearly killed me, would never again have to haunt me with another appearance.  Chalk up another victory for politics.

For a full history of all tropical storms and hurricanes, including the ones mentioned in this essay, as well as information about naming systems, how hurricanes work, etc., visit the Weather Underground at www.wunderground.com or the National Hurricane Center at www.nhc.noaa.gov for all the resources you could ever need.  The first site stays current, with weather blogs written by experts that outline the potential for a storm, while the latter, though more official, tends to lag in information by a year or more.  They’re great places to visit if you’re in a panic over a storm.  You can also look up hurricanes through Google if you’re feeling really ambitious.

(end of “What Blows Around, Comes Around”)

Back to the present (2017), I hope those of you who are reading this are staying out of harm’s way. For me, I’m probably in the middle of it because I’ve got nowhere better to go. But my house is sturdy. Hopefully. But, if the people of Texas who went through Harvey (another storm likely to retire this year) are of any inspiration, then I can say that no matter how soft or hard this storm might be, we can still get through it if we stick together and don’t complain too much.

That said, if this storm does stay on its current track (as of Wednesday’s predictions, which is all I have at the time of this writing), then I’ll be without power for a few days, and I won’t be quick to answer any comments posted here. But, if you are one of the people in the path of this storm, and if you haven’t been through one like it before, and if you somehow found a way to read this (it’s 2017, so you’re probably on your fully powered smartphone, something we didn’t have in 2005), remember that the aftermath of a hurricane is generally very quiet, and you’ll suddenly find yourself able to think again, which isn’t so bad.

And, if you are in the storm’s path tonight, good luck. Hoping for the best for me, too.

Please be sure to subscribe to Drinking Café Latte at 1pm to receive alerts when new posts go live. The handy blue subscription button is located at the bottom of this page.